From The Cycle: Frontier Wiki
Jump to navigation Jump to search
Old Currency 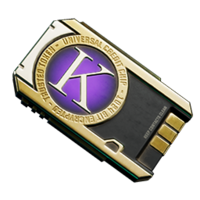 Old Currency is a Common item found as loot on Fortuna III. Unlike other items it does not weigh anything, meaning it can be put in a Prospector's Safe Pockets at no risk. It is abundant everywhere.

Currency used on Fortuna III before the evacuations. Still in use by some on Prospect Station.

Can be found in civilian structures and belongings.

This item is required a total of 13000 times to complete the following missions.

Old Currency is used in the following Personal Quarters upgrades

Retrieved from "https://thecyclefrontier.wiki/w/index.php?title=Old_Currency&oldid=5918"
Categories:
Cookies help us deliver our services. By using our services, you agree to our use of cookies.