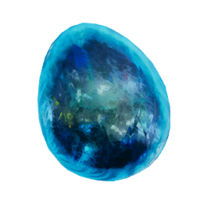 A Blue Runner Egg is a rare item found as loot on Fortuna III. It can be found by following footprints found around the map. The tracks lead to a blue runner egg.

Blue Runner eggs have a notoriously thick shell, allowing them to only care for the eggs when close to hatching. Can be sold on the station. The creatures that lay these eggs often leave tracks behind. Follow them!"

Can be found all over Fortuna III especially by following footprints found around the map. The tracks lead to a blue runner egg.

This item is required a total of 3 times to complete the following missions.

Retrieved from "https://thecyclefrontier.wiki/w/index.php?title=Blue_Runner_Egg&oldid=4298"
Categories:
Cookies help us deliver our services. By using our services, you agree to our use of cookies.