The Forge is an ancient machine hidden deep in the caverns of Tharis Island. Its exact origins are still unknown and shrouded in secrecy. This strange structure lies dormant, but some claim that, under the right circumstances, it may come alive once more. The Forge holds great power for those cunning and brave enough to unlock its potential.

In the deepest, darkest depths of the caverns lies a massive, outlandish machine: The Forge. Its exact origins are still unknown and shrouded in secrecy, though some factions still have a vested interest in learning more about the powers held by such ancient technology. Only the bravest of Prospectors will have a shot at uncovering its secrets, but keep in mind many who tried before have been lost forever. Or worse, clawed their way back battered and scarred. Changed. Exploring the abandoned faction camps and research facilities may hold vital evidence in unlocking the mysteries for those foolish enough to ignore the warnings left by early exploration parties.

The Forge is located deep in the caverns of Tharis Island. 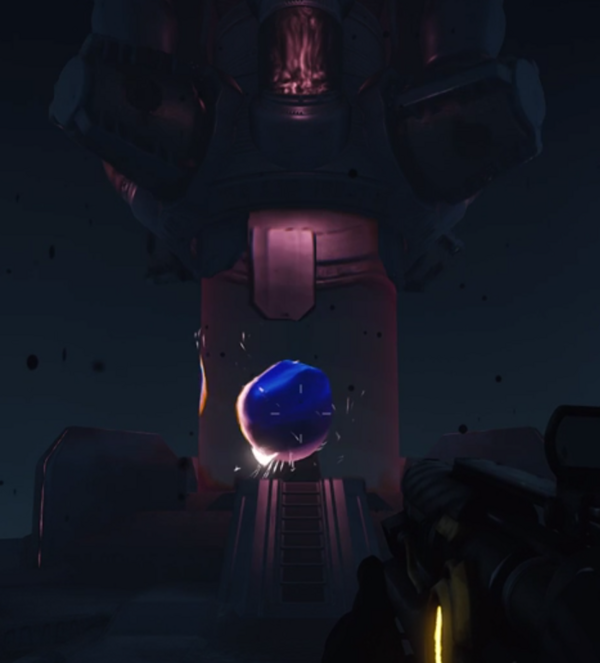 The Forge while a storm is ongoing

The Forge is only active while the Storm is ongoing. The storm lasts 280 seconds (4min30s). While the storm is not active, interacting with The Forge only shows '???'. If The Forge was started just before the Storm ended, the resulting item can still be taken out of The Forge after the Storm has ended.

The Forge has 5 slots for items. At the moment recipes can only go up to 4 items, so the 5th slot is unused. Prospectors can put items into the forge and then click the start button. If the items do not make a valid recipe listed below, nothing will happen. If it is a valid recipe, it will start forging. It takes up to a minute for it to finish forging, depending on the recipe.

When The Forge finishes forging a piece of Altered Gear, there is a chance for one of two item to be added to the resulting items.

There are four separate types of forge recipes: 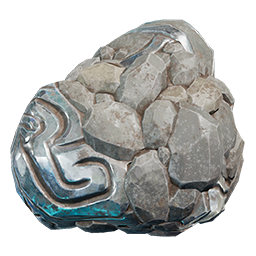 Tharis Iron can be used to create Tharis Iron Ingots. It takes 30 seconds for the (Pure) Tharis Iron to forge into ingots.

Prospectors can Alter their gear with Progenitor tech. This gives the gear one or two gear perks. For example, extra stamina, or reduced damage from storm lightning.

This involves a piece of armor or a backpack, a (

Tharis Iron Ingot, and an item unique to that specific recipe. 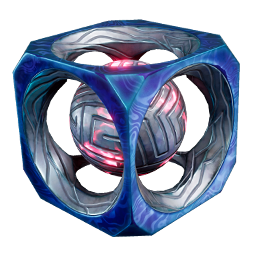 An Abyss Alloy can be used to gain random powerful items

Abyss Alloy in the forge gives a random exotic or legendary Armor or Backpack.

This is a list of missions that interact with The Forge in some way.

Retrieved from "https://thecyclefrontier.wiki/w/index.php?title=The_Forge&oldid=8197"
Categories:
Cookies help us deliver our services. By using our services, you agree to our use of cookies.