Keys are items that can be collected and used to gain access to special rooms across both of the games maps. All keycards can be found in any jackets, safes, briefcases, and luggage containers. Spawn rates vary based on the rarity of the key. 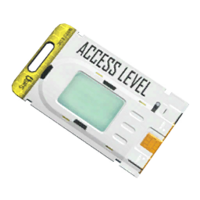 Keycards are used to access normally locked locations throughout both of the games maps, Bright Sands (keycards with yellow stripe) and Crescent Falls (keycards with blue stripe). Rooms that can be unlocked with keys will display a key-icon, colored in the rarity of the keycard for the specific room, on the door's open button (opposed to the normal green check-mark). Pressing the interact key on the button while a corresponding keycard is in your inventory (backpack or safe pockets) will grant the player access to the room. Keycards are not consumed upon usage, but instead have a durability that is taken from with every use. Each instance of usage deducts one (1) durability.

Keycards are availability with the following rarity:

Retrieved from "https://thecyclefrontier.wiki/w/index.php?title=Keycards&oldid=4959"
Cookies help us deliver our services. By using our services, you agree to our use of cookies.