Crescent Falls is a humid region located on Fortuna III. Its Danger Level is moderate, consisting mostly of forests, thermal ponds, and desert.

Each biome has its own respective danger level that dictates enemy difficulty and loot value. This also affects the types of enemies spawned. This region overall contains quite strong enemies; Marauders and crushers are much more common than on Bright Sands.

The map view of Crescent Falls

These locations have a name shown on the in-game map.

These locations are not named on the in-game map but are still visited during Missions. 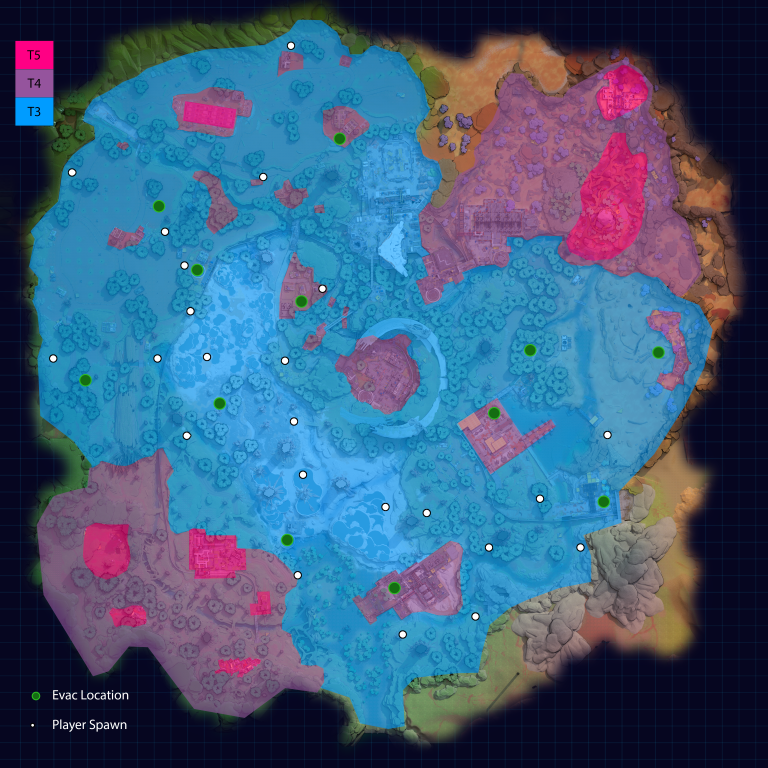 Retrieved from "https://thecyclefrontier.wiki/w/index.php?title=Crescent_Falls&oldid=5915"
Category:
Cookies help us deliver our services. By using our services, you agree to our use of cookies.